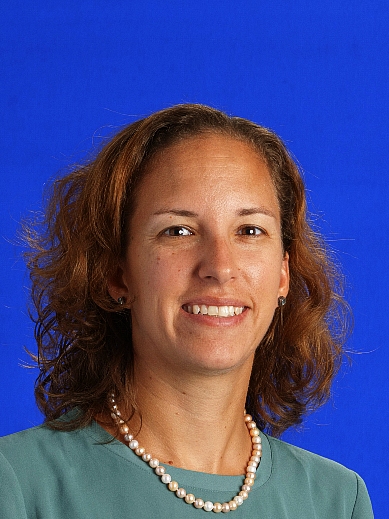 Mrs. Abigail (Abbie) Greer is the Director of Student Support at Bishop McNamara High School, having served as the BMHSÂ Director of Admissions for two years and previously as a Science Teacher. Â

Mrs. Greer started her teaching career as a science teacher at Bishop McNamara in 2005. She has spent the last seven years as an administrator at the elementary level, most recently serving as the principal at The Academy of Saint Matthias the Apostle in Lanham, Maryland. While at Saint Matthias, she created partnerships with The University of Notre Dame, through the ACE teaching program, and Boston College, through the implementation of a two-way immersion model. Saint Matthias saw a change in their enrollment trend and their school identity during Mrs. Greer's tenure. Mrs. Greer was also the school counselor at Saint Mary of the Mills in Laurel, Maryland for three years where she implemented a systemic school counseling program including a focus on academic and social skills.

She holds a bachelor's degree from the University of Maryland (B.A. in Psychology), a Master's degree from George Washington University (M.A in Education and Human Development in School Counseling) and a certificate from George Washington University in Counseling Diverse Populations. While at George Washington, Mrs. Greer was a mentor for developmentally delayed interns at the Kennedy Center, and was a counselor at the community counseling center. Mrs. Greer has spoken nationally on character education, inclusion, and social media usage. Mrs. Greer currently serves on the National Catholic Educational Association's Advisory council. She is also a participant in the Boston College Emmaus Leadership Series.